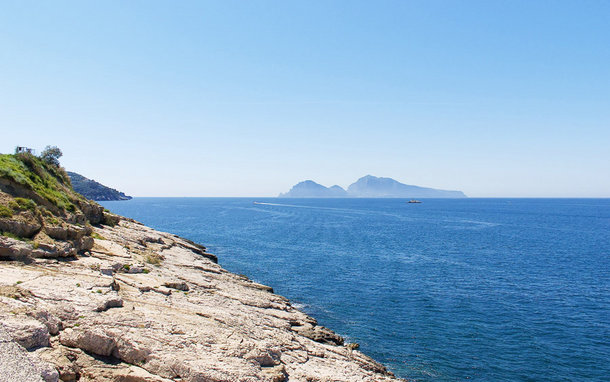 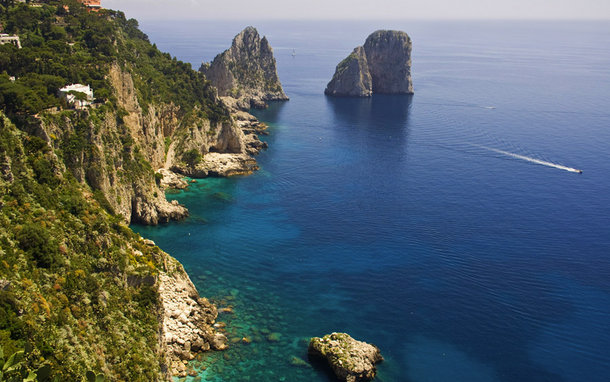 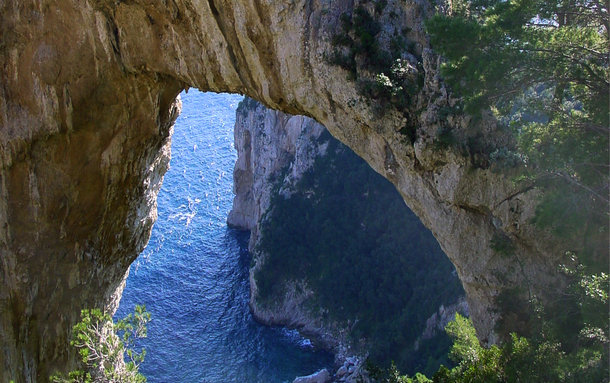 The isle of Capri is considered one of the three pearls of the bay of Naples, together with Ischia and Procida. Today Capri is separated from the main land by sea, but millions of years ago, it was attached to Sorrento, this is one of the reasons why walking along some trails in Sorrento such as Punta Campanella, it is possible to see Capri so close that it seems you can touch it with your hands. Only walking around the trails of Capri it is possible to understand how an island so small could contain so much history and beauty. There are two ways of trekking on Capri; one is going along the paths where it is possible to see the natural beauties, such as the Faraglioni rocks, the natural arch, Monte Solaro, the Blue Grotto, Augustus Gardens and more. The other kind of trekking on Capri is along the paths that bring you through its history like going up to Villa Jovis or Villa San Michele, wonderful archaeological sites in one of the most beautiful places of Italy. Many in the past were captured from the magic atmosphere of Capri starting from the Greeks, the Roman imperators Tiberius and Augustus and later Norman Douglas, Fersen, Coleman, Pablo Neruda, Gracie Fields,Vladimir Lenin,Alfred Kruopp . For who does not have time to see Capri in one day,Â but wants to knowÂ all about it in few hours, a must will be a visit at the end of the Scala Fenicia up in Anacapri to Villa San Michele, a house museum built on the ruins of a roman castle from Dott. Axel Munthe. In this beautiful Villa it is possible to see unique views of the two bays Napoli and Salerno, all the plants, flowers of the Mediterrenean vegetation, the ruins of the Greeks and Romans, the history of Capri and Anacapri, all together, thanks to the work ,studies, love for theÂ isle ofÂ CapriÂ of Doct. Axel Munthe.